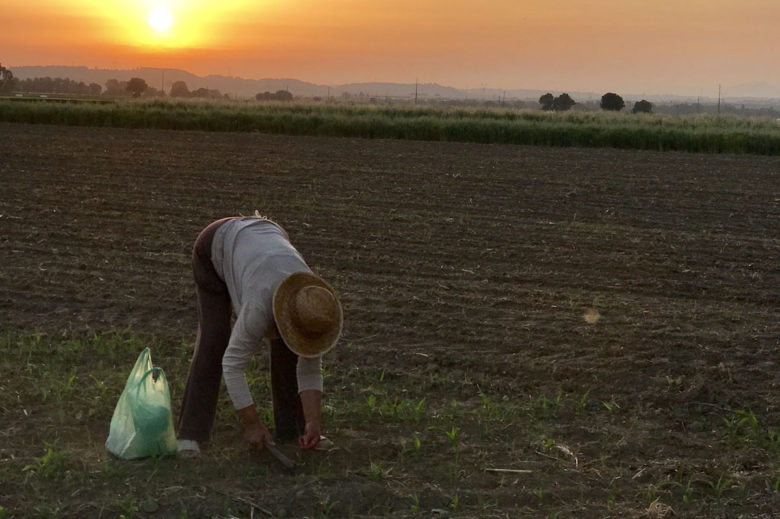 Finding your way back to start

Getting your way back to the Camino is the morning ritual. And asking for instructions from your hostel is a daily task.

And depending on how well the town has the way marked, the easier it is to get walking.

I opted for a late start. Most pilgrims leave between 6 and 8 am. I enjoyed the quiet alburgue and used the time to catch up on my blog.

Last year I didn’t blog and this year I’m determined to keep a record of my experiences.

It took me a while to find the road but after asking a kind elderly woman she walked me to the street and sent me off to Santiago de Compostela.

A father and his son

It is a beautiful sunny Monday.

And the road leaving the city is busy with dogs running amuck, and a father and son racing up and down a hill.

I stopped to chat with them and take their picture.

You don’t really need much in life for enjoyment.

You can hear the kid giggling a block away.

The garden and city view

Just before you leave the city you get a chance to see some old towers and structures overlooking the valley.

Lots of locals just hanging out. I understand why. Alas, I had a late start and I don’t have too much time to dilly dally if I plan on making it before sundown.

The Santiago Arch is just a few blocks away and marks the return to the Camino. Well at least that’s the theory.

Downhill is the best hill

The was is beautiful and sunny. Lots of vegetation and shade. So many flowers. April is a pretty time in Portugal. Leaving Santarém, one really gets the chance to stop and smell the roses.

And listen to the birds chirping as you descend in to the valley towards Golega. There’s nothing like that freedom

Going back to go forward

When you are walking on the camino and get lost or don’t see any arrows pointing forward, the best thing to do is walk back to the last point you saw an arrow.

And hopefully by doing that, you will find where the arrow pointed you differently. There’s nothing more frustrating that not walking in the right direction and having to go back.

But it happens. Sometimes you have to walk backwards to go forwards. It’s part of the camino and it happens to everyone.

A friend of mine just reminded me this is called the “walk of shame.”

After an exhausting few hours walking with no cafe breaks, I happened upon another cafe that was open. And better yet, Merik from Czech Republic was there with two other pilgrims from the Netherlands.

He wasn’t doing so well. His feet were blistered beyond belief for just a few days. He couldn’t walk any more. The cafe owner asked a friend in the town if Merik could stay with them.

He found him a bed in a town with no Albergue. That’s an amazing tale that Merik can now share. It’s awesome hearing about experiences like this, where people go out of their way to help. That’s life on the camino.

The two Dutch pilgrims walked with him to the cafe. But realised they had gone the wrong way, as they were heading to Fatima. They called a cab and went off. Merik and I stuck around and chit chatted. I was buying my time. I really didn’t want to go back into the heat. My decision of not going early and leaving later in the day was a rough choice, because it’s hot in the afternoon.

I didn’t come across any pilgrims on my way to Golega. It was hot and I even ran out of water. I really need to remember to take more water than I think I need for hot days.

My body is covered in dust and dirt. I’m going to need to take a shower for an hour to clean off all the muck.

Sun down to Golega

I made it finally to Golega, just as the sun was setting. As I walked into town I caught a woman working in the field. It was beautiful. Her husband was parked in a car along side of the road waiting for her to finish.

I really have to stop walking so late. Walking on the highway traffic racing past seems to be very dangerous.

Just as I came into town I received an email from the Irish, inviting me to come down and eat dinner with them at the Central Cafe in Golega. I called Geraldine back and told her after I shower, that I would definitely join them.

It was such a relief to show and get out of my clothes. I washed them like I do every day and put them out to dry. Hoping that they would be dry for tomorrow’s outfit.

You’d think in a sleepy rural town in Portugal, you’d be able to find a cafe fairly easy. But you’d be wrong. Google maps is horrible. You can’t depend on TripAdvisor or any map really.

For some reason, they just have it wrong or people here don’t use and or correct the service. It took more than 20 minutes to find the cafe. But I finally found it and it was filled with so many people from locals to pilgrims.

It had a friendly vibe. My irish friends had already eaten so they moved over to the bar. Unfortunately, the bar only served pastries, but I talked the waiter into giving me soup. It was a good traditional Portuguese recipe. It tasted superb.

It was a sad but fun evening. We had some other pilgrim friends we met the other night at TasCa. It was the last night for the Irish before they head back home. Funny enough, Roddy had to work the next day!

Tonight was the last night for the Irish. Tomorrow they return home.

It was sad to say goodbye, but I was excited for them to be back home.

There’s nothing like the comfort of your own bed.

I’ve only been gone for a few weeks and I already miss the comfort and familiarity of my own home and bed.

But meeting pilgrims like Roddy and Geraldine always make the trip that much better. They were two great people!

After a long day, I went to bed and slept like a baby. I needed the rest. The day was long and intense. I sure hope the heat cools down a bit. It’s no fun walking in the dead heat.

The hostel I stayed in was a big house that was converted into a hostel and hotel. It was nothing special but it was mostly clean.

My only concern is that there was only one bathroom. If the place wasn’t empty, you might run into some issues using the shower and/or toilet.

Other than that it seemed nice and the staff were friendly. Lots of space to relax in including a tv room, kitchen and clothes drying area with a clothes washer. I appreciated it being so quiet during the night. I was alone in a room meant for 6 people. Not bad! 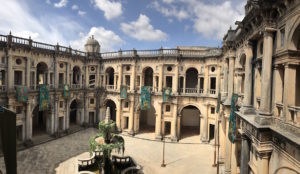 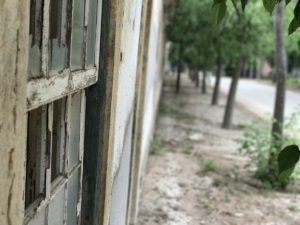 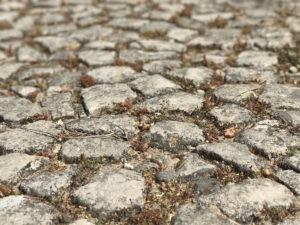